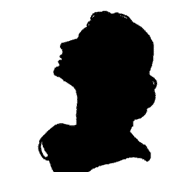 I woke up in the Avanti Lobby in one of their comfortable club chairs. I guessed I had dozed off while it was my turn to count, while my grandson, Stuart, who was 8 years old, hid somewhere. For how long had he been hiding? I did not know. Stuart and I always played a few rounds of hide and seek after the A-Crew meeting, where Avanti hosts the children of residents with games and activities on Thursday evenings. And tonight was no different.

“Ready or not here I come!” I proclaimed, waving my cane in the air.

I carefully positioned my cane’s tip on the floor to pull myself up and out of the chair, and looked in the usual places: behind the front desk, behind the lobby sofa, under the buffet table at Taste. Nope – no Stuart to be found. I checked my watch – I had about an hour to find Stuart before Maggie picked him up, so I knew I better hustle my derriere! I remembered that Stuart spent a lot of time talking with Wes during A-Crew tonight, but I’d be damned if I was going to knock on Wes’ door, as we were not talking to one another. I’d check the post office area first instead. Stuart had once hidden there.

What was it with Wes? You’d think a retired international attorney would have better manners having traveled as much as he said he had. Now, after the transgression at dinner, I began to question everything.

Once inside, I could see the staff cleaning up after dinner. Gosh—they kept this joint spit-spot clean. On the counter, I saw a single slice of chocolate pecan pie sitting alone in a pie tin. Jerome, the friendly dishwasher, motioned with his hand for me to take the last piece if I wanted it.

Jerome looked at me – quizzically.

He handed me a fork, which I dipped into the gooey and crunchy deliciousness. No wonder Wes had taken the last bite from the piece we shared at dinner with Gwendolyn and Sam after our meal. Wait! What was I saying? Wes was wrong. He had no manners!

“Stuart’s not in here,” Jerome said. “He was, but Wes came by in his new motorized wheelchair, and he hitched a ride”.

I headed towards the Activities Room Area where I saw Nurse Sarah putting away supplies.

I looked behind the drapes. Nope, not there.

“I thought maybe Stuart was hiding in here. He and I were playing hide-and-seek and my grandson is a most excellent player!” I said.

“Are you and Wes back together?” Nurse Sarah asked with a grin.

“Well, don’t put any money on us lasting. We had dinner with Gwendolyn and Sam tonight. The four of us split a piece of pie. We were down to the last bite when Wes asks if anyone wants it,” I explain.

“Not really,” I explained. “See everyone knows that everyone wants the last bite so the polite thing to do is to not eat it. Not even bring it up. Leave it there on the plate as a testament to love for the group. It’s only fair. That way the balance of the pie-portion-universe is not upset. Once Wes asked if anyone else wanted the last bite it was a clear indication to the group that he wanted it and now having said the pleasantry was going to get it. He’s a selfish ass!” I declared.

Nurse Sarah’s eyes bulged. She asked me if I was kidding. As if!

I stormed out of the Activities Room and headed down the hall to the Laundry Room. I used my cane to poke around the rolling bins of clean, folded towels. My clever “Stuey” had actually once hidden in these towel bins much to housekeeping’s chagrin. So smart and ahead of his peers—he already understood camouflage and the art of the surprise. But I digress…

I checked the Community Living Room, which boasts beautiful desks and comfy sofas. I checked beneath and behind every piece of furniture – nope, no sign of my sweetie pie in there.

With great dread, I headed towards Wes’ room. When I arrived the door was open. He and Stuart were playing the board game Candy Land together standing up: Stuart was standing on Wes’ bed and Wes was standing as well but within the safe confines of his new super-fancy adjustable wheelchair that went from a sitting to standing position. The wheelchair’s retractable table served as the perfect game table between them.

“You found me, Grandma!” Stuart jumped off the bed and hugged me tightly.

Oh, how I loved this dear child. A hug from him was like an elixir that you didn’t even know you needed. I could just drink him in.

“Just call me Inspector Gadget,” winked Wes at Stuart who giggled as he moved his chair to take him and up and down like a pogo stick.

Wes and I looked at each other, but neither spoke. Finally, I broke the silence.

“Thank you for watching Stuart,” I said. “I accidentally dozed off while counting.”

“This isn’t about the pie bite, is it?” said Wes confronting me from his very high standing position in the room.

“It most certainly is!” I said and grabbed Stuart as we made our way back to my room.

Once in my room, Stuart asked me why I wasn’t happy that Mr. Wes’ wheelchair could help him stand up high enough to even change a lightbulb in his room if he needed to.

I looked at this dear child’s innocent, cherubic face. I could see Alfred’s nose and high forehead and my own head of thick hair on him. Stuart was too young for me to explain that Wes was a private man. Not my husband. Just a boyfriend. My companion. He didn’t owe me an explanation or consultation. And Wes was right. I wasn’t upset about the pie shenanigans. I was upset about the change in Wes. He had taken ill last week and endured a brief hospital visit because he was losing feeling in his legs. Tonight, he just motored himself into the dining room in his new “fancy sports car wheelchair” to our double date, like nothing was new or different. He asked we not make a fuss about his “change of transportation” as he called it. Like his legs still worked, and he would get better and walk again and everything was the same as it always had been. Nothing could be further from the truth. Wes would never walk again.

I put on a Kidz Bop CD Stuart had brought over a few weeks ago and danced with my darling grandson—danced with every fiber in my body as an ode to my own pair of legs which until this very moment I had taken for granted.